We believe that the next big thing in AI will be related to the bio-inspired evolutionary algorithms.

We study how neuroevolution algorithms can improve deep learning techniques.

Our core beliefs that cognitive systems must be embodied to acquire general intelligence.

Our research and more... 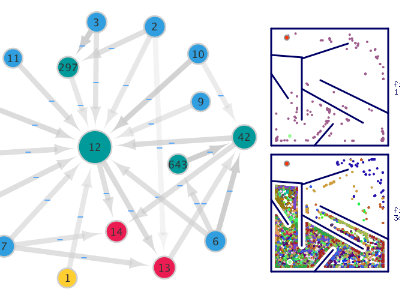 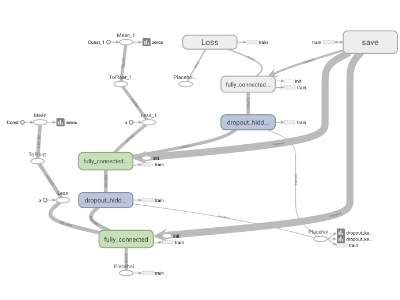 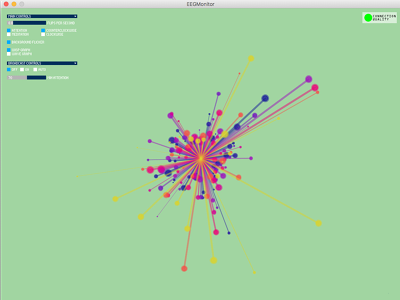 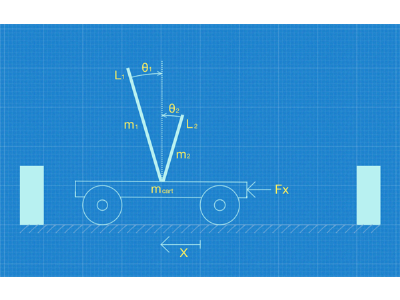 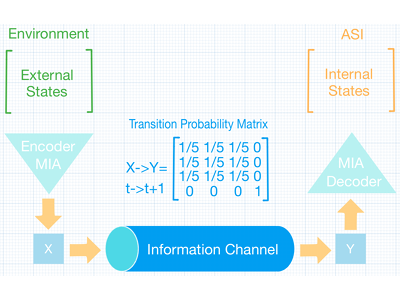 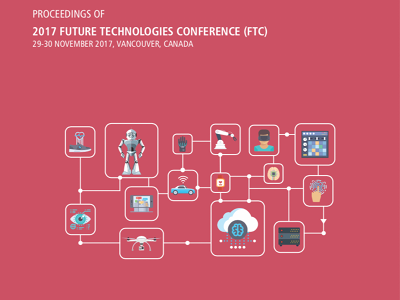 Life is poised on the edge of chaos

Discuss you projects with us. 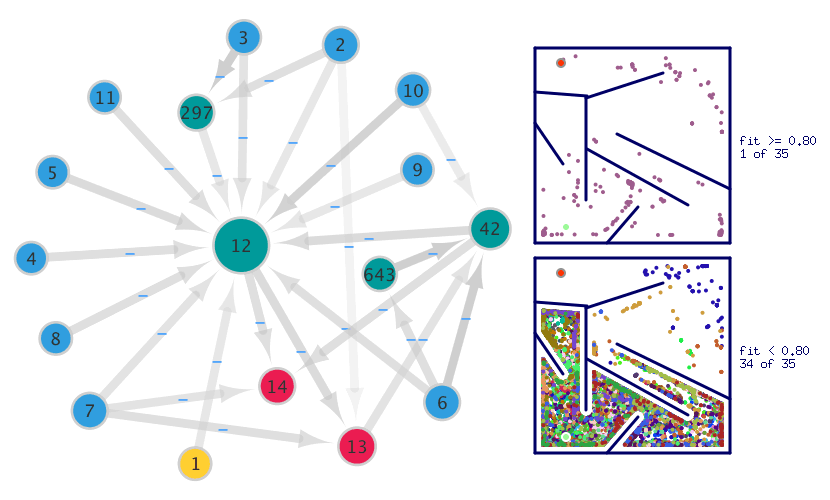 In the experiment we studied how Novelty Search (NS)1 method of fitness function optimization performs compared to traditional objective-based ones for unsupervised training of Artificial Intelligent Agents to do spatial navigation in complex maze environment. The main idea behind NS optimization is to rather look for novel outcomes in the search space than the distance to the final objective: the maze exit. The Novelty Search assigns higher fitness values to the Intelligent Agent capable to find the most novel solution among all previous tries. Despite its ignorance to the final objective the NS happens to be extremely effective optimization method capable of breeding AAIA, which crack deceptive real-world tasks even in the realms where traditional objective-based methods have failed completely. The main assumption about what makes this possible, is that in order to reach final goal, AAIA must find several intermediate goals (stepping stones) which in most cases do not resemble the ultimate objective. Sometimes Intelligent Agent must step back to avoid deceptive traps. By doing this it will see a decrease in value of objective-based fitness function for a moment but will get a better outcomes in the future. This is one of the fundamental properties of the real-world environment that the exact route to the final objective in most cases can not be predicted in advance, and all intermediate stepping stones should be found by taking the path.
The Novelty Search optimization seems like a natural fit for Neuro-evolution family of genetic algorithms producing elegant custom Artificial Neural Networks (ANNs). In the experiment we combined NS with Neuroevolution of Augmented Topologies algorithm2 which efficiently evolve ANNs through complexification by augmenting its topologies. 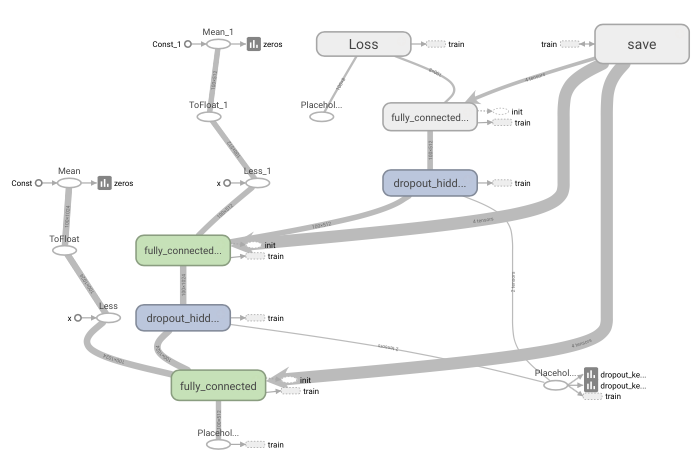 In the modern era, each Internet user leaves enormous amounts of auxiliary digital residuals (footprints) by using a variety of on-line services. All this data is already collected and stored for many years. In recent works, it was demonstrated that it's possible to apply simple machine learning methods to analyze collected digital footprints and to create psycho-demographic profiles of individuals. However, while these works clearly demonstrated the applicability of machine learning methods for such an analysis, created simple prediction models still lacks accuracy necessary to be successfully applied for practical needs. We have assumed that using advanced deep machine learning methods may considerably increase the accuracy of predictions. We started with simple machine learning methods to estimate basic prediction performance and moved further by applying advanced methods based on shallow and deep neural networks. Then we compared prediction power of studied models and made conclusions about its performance. Finally, we made hypotheses how prediction accuracy can be further improved. As result of this work, we provide full source code used in the experiments for all interested researchers and practitioners in corresponding GitHub repository. We believe that applying deep machine learning for psycho-demographic profiling may have an enormous impact on the society (for good or worse) and provides means for Artificial Intelligence (AI) systems to better understand humans by creating their psychological profiles. Thus AI agents may achieve the human-like ability to participate in conversation (communication) flow by anticipating human opponents' reactions, expectations, and behavior. 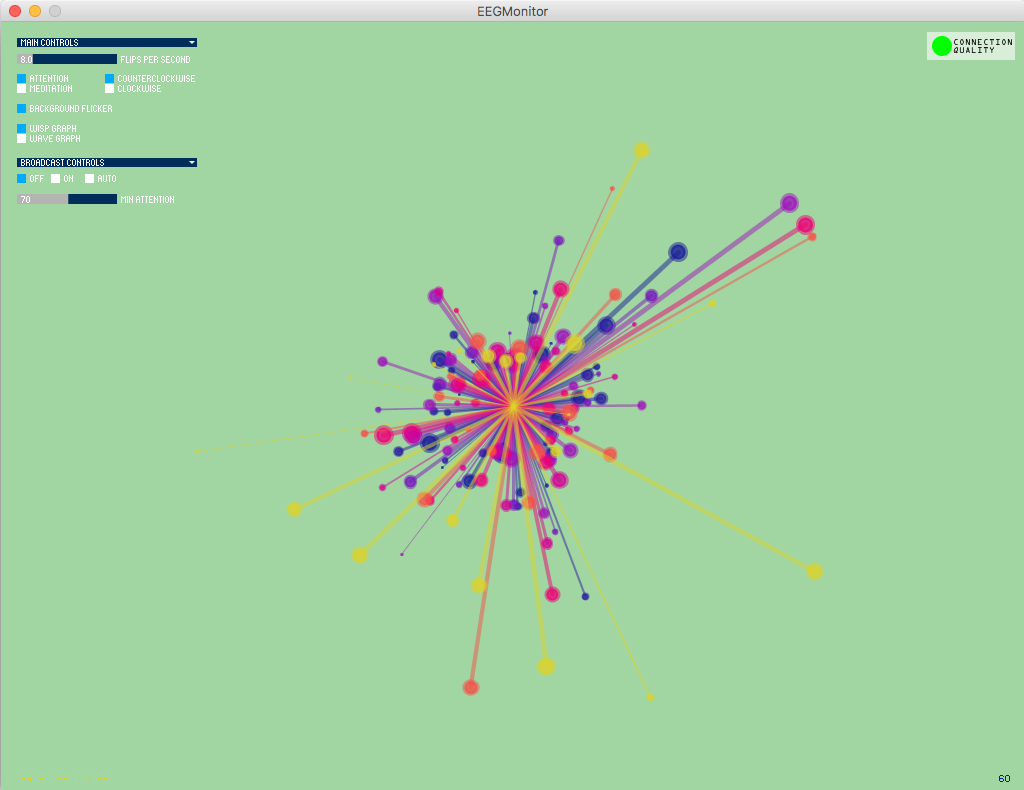 In this article we present the results of our research related to the study of correlations between specific visual stimulation and the elicited brain's electro-physiological response collected by EEG sensors from a group of participants. We will look at how the various characteristics of visual stimulation affect the measured electro-physiological response of the brain and describe the optimal parameters found that elicit a steady-state visually evoked potential (SSVEP) in certain parts of the cerebral cortex where it can be reliably perceived by the electrode of the EEG device. After that, we continue with a description of the advanced machine learning pipeline model that can perform confident classification of the collected EEG data in order to (a) reliably distinguish signal from noise (about 85% validation score) and (b) reliably distinguish between EEG records collected from different human participants (about 80% validation score). Finally, we demonstrate that the proposed method works reliably even with an inexpensive (less than $100) consumer-grade EEG sensing device and with participants who do not have previous experience with EEG technology (EEG illiterate). All this in combination opens up broad prospects for the development of new types of consumer devices, [e.g.] based on virtual reality helmets or augmented reality glasses where EEG sensor can be easily integrated. The proposed method can be used to improve an online user experience by providing [e.g.] password-less user identification for VR / AR applications. It can also find a more advanced application in intensive care units where collected EEG data can be used to classify the level of conscious awareness of patients during anesthesia or to automatically detect hardware failures by classifying the input signal as noise.

The GOLang implementation of the NeuroEvolution of Augmenting Topologies (NEAT) algorithm. 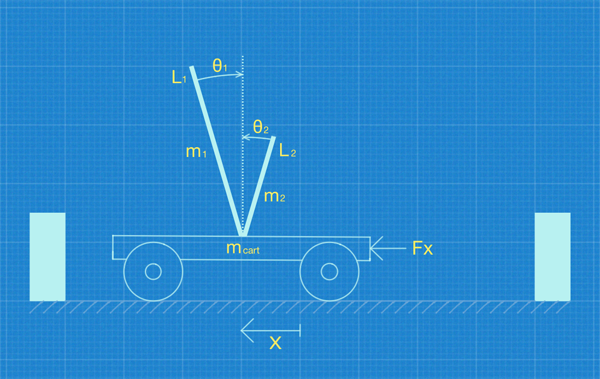 The Neuroevolution (NE) is an evolution of Artificial Neural Networks (ANN) using genetic algorithms in order to find optimal ANN parameters and topology. Neuroevolution of ANN may assume search for optimal weights of connections between ANN nodes as well as search for optimal topology of resulting ANN. The NEAT method implemented in this work do search for both: optimal connections weights and topology for given task (number of NN nodes per layer and their interconnections).
The NEAT method is based on three key ideas. First, to allow network structures to increase in complexity over generations, a method is needed to keep track of which gene is which. Otherwise, it is not clear in later generations which individual is compatible with which in a population of diverse structures, or how their genes should be combined to produce offspring. NEAT solves this problem by assigning a unique historical marking to every new piece of network structure that appears through a structural mutation. The historical marking is a number assigned to each gene corresponding to its order of appearance over the course of evolution. The numbers are inherited during crossover unchanged, and allow NEAT to perform crossover among diverse topologies without the need for expensive topological analysis.
Second, historical markings make it possible for the system to divide the population into species based on how similar networks are topologically. That way, individuals compete primarily within their own niches instead of with the population at large. Because adding new structure is often initially disadvantageous, this separation means that unique topological innovations are protected and therefore have time to optimize their structure before competing with other niches in the population.
Third, many systems that evolve network topologies and weights begin evolution with a population of random topologies. In contrast, NEAT begins with a uniform population of simple networks with no hidden nodes, differing only in their initial random weights. Because of speciation, novel topologies gradually accumulate over evolution, thereby allowing diverse and complex phenotype patterns to be represented. No limit is placed on the size to which topologies can grow. New structure is introduced incrementally as structural mutations occur, and only those structures survive that are found to be useful through fitness evaluations. In effect, then, NEAT searches for a compact, appropriate topology by incrementally increasing the complexity of existing structure. 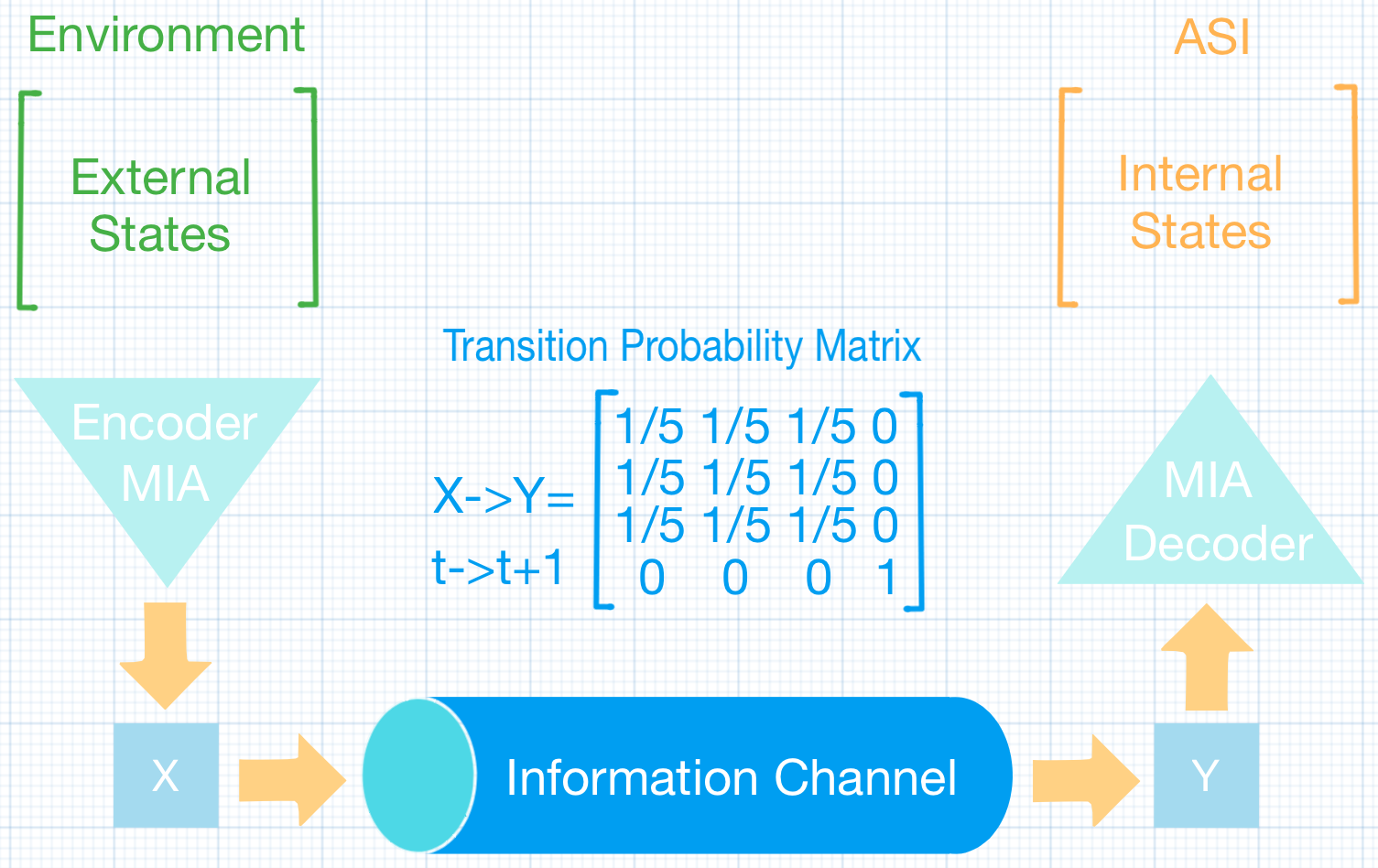 In this paper, we look at how Artificial Swarm Intelligence can evolve using evolutionary algorithms that try to minimize the sensory surprise of the system. We will show how to apply the free-energy principle, borrowed from statistical physics, to quantitatively describe the optimization method (sensory surprise minimization), which can be used to support lifelong learning.
We provide our ideas about how to combine this optimization method with evolutionary algorithms in order to boost the development of specialized Artificial Neural Networks, which define the proprioceptive configuration of particular robotic units that are part of a swarm.
We consider how optimization of the free-energy can promote the homeostasis of the swarm system, i.e. ensures that the system remains within its sensory boundaries throughout its active lifetime.
We show how complex distributed cognitive systems can be build in the form of hierarchical modular system, which consists of specialized micro-intelligent agents connected through information channels.
We also considered the co-evolution of various robotic swarm units, which can result in development of proprioception and a comprehensive awareness of the properties of the environment.
And finally, we provide a brief outline of how this system can be implemented in practice and of our progress in this area. 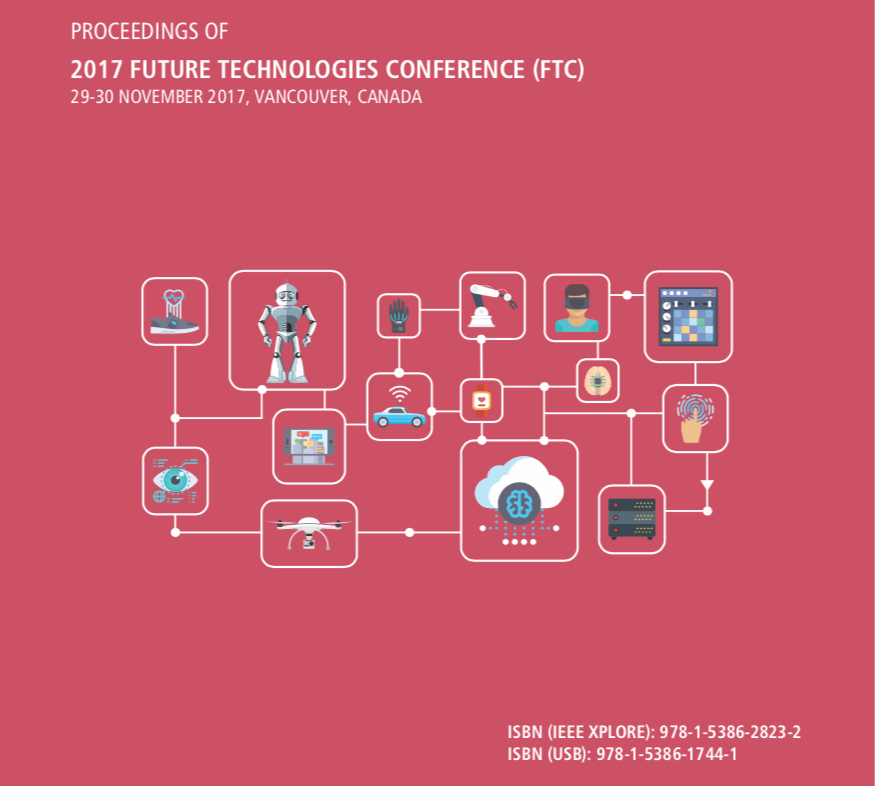 We presented our research paper "Applying Deep Machine Learning for Psycho-Demographic Profiling of Internet Users using O.C.E.A.N. Model of Personality" at the Future Technologies Conference 2017.
In this work we decided to test whether applying advanced machine learning methods, such as deep neural networks, to analyze digital footprints of Internet users can outperform results of previous research conducted by M. Kosinski: Mining Big Data to Extract Patterns and Predict Real-Life Outcomes.